Sunday evening was the anticipated finale of the ABC hit show Once Upon A Time. While this season has been excellent, in my opinion, the finale really hit one out of the park! Especially being that I’m a massive Whovian, the time travel aspect of this finale was very exciting for me.

**There will be spoilers**

Okay, you clearly didn’t hear me the first two times… enter at your own risk!

Out of the entire two hour episode, the only issues that I had is potentially what could happen next season with what they presented: 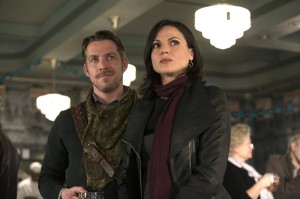 While I appreciate the writers’ angle of the daughter repeating her mother’s mistake without even realizing it, it just makes me cringe to think that it’ll be the same exact story all over again, except with Regina trying to kill Snow, she’ll be trying to kill Emma. I can only hope that Regina gives Emma the cold shoulder and secretly hates on her (as one would do if someone who you thought was your friend brought back the dead wife of the man you fell madly in love with) instead of plotting revenge by getting her to eat a poisonous apple or something like that. Especially with Henry in the mix, they may have it where Regina may try to kill of Emma in a way that doesn’t trace it back to her, so that she will have Henry to herself. I’m really hoping she just finds another man and moves on. I really liked Regina being on the ‘good’ side this season. 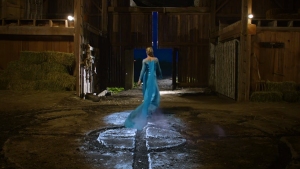 Again, I completely understand that Frozen was a HUGE hit for Disney, and this will bring in a lot of viewers… but it’s honestly getting too much for me right now. There are other fairytale/Disney characters that we have yet to see and it just seems like they threw Elsa in there to get their numbers up. Marketing wise, I get it; fan-wise, I’m rolling my eyes. Also, not to say that I hated Frozen. It’s a very good movie (although, I did have an awful experience watching the movie), but it would be nice to have a break from it once in a while. However, I have faith in the Once writers, and I’m hoping whatever they decide to do with Elsa will be exciting for what’s to come next season… just as long as the town of Storybrooke doesn’t break out in ‘Let it Go’…

Other than that, the episode was fantastic! Some of the beautiful, tear-jerking moments during this brilliant finale were:

1. Emma seeing, and playing a role, in her parents falling in love.

Emma & Hook ended up in the past, way before she was born, and accidentally ruined the moment her parents should have met. She needed to fix it fast or else Emma may have been erased from existence. After quick planning, and a little help from Rumple, they were able to get their story back on track. It was an adorable moment seeing Emma watch her parents start to give each other longing looks instead of hating each other.

2. The name announcement of the royal baby. 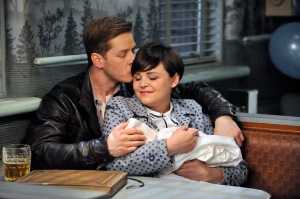 In true fairytale traditional fashion, the announcement of a royal baby is generally a huge ceremony. Being that they’re in Storybrooke now, they decided to have a party at Nanny’s Diner. After much thought, Charming and Snow decided to name the baby boy Neil, after Henry’s late father, mainly because if it weren’t for Neil, the town along with everyone else would be gone. It wasn’t the name that tugged at my heart strings, it was the look on Gold’s face when they said the name. You could tell he was both proud and honored their son was given his son’s name.

Quiet, intimate, and beautiful. Not the setting, but the words that were said. Both of their vows were very personal and heartfelt. It was hard not to tear up, especially with clips of  loving moments between Charming, Snow and the baby, as well as Emma and Hook.. speaking of..

It’s no secret that Hook is madly in love with Emma. She knew Hook had a huge crush on her, but she didn’t quite realize how serious he was about her until she found out about a major sacrifice he made for her. We knew the curse that was placed on Storybrooke meant that no one could cross the border, and if they did, they would immediately forget their whole identity. We also knew Hook was the one that retrieved Emma from NYC and was able to get her to remember with a special potion. What we didn’t know was how he was able to do that & still remember who he was. Hook tells Emma that he was able to do this with a magic bean, which is apparently VERY pricey. He had traded the Jolly Roger (his ship) for the bean. Emma knew how important that ship was to him and immediately kissed him, realizing this wasn’t just a pirate looking for action, but actually, genuinely in love with her.

Well done, Once Upon A Time writers (and obviously actors)! I watched this finale twice (my boyfriend fell asleep the first time, so I didn’t mind watching it again with him) and I cried both times! I’m very much looking forward to what next season brings… this will be a long summer!

2 thoughts on “Once Upon A Time Finale” 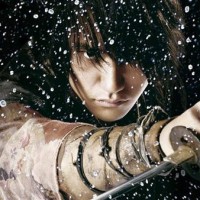