A lot of these “WTF Did I Just Watch!?” entries will be simple, short videos that are really just that, you watch it, you scratch your head, you show your friends, it’s done. Onto the next. But occasionally, rarely actually, you’ll find something special, something like “Baman Piderman”.

Piderman’s feet are all sticky.

This series started out as a one shot video made by a fellow named Alex Butera as an art/animation school project. The assignment was to create an animated short using a pre-existing drawing of yours and three props from an avant garde play they were sent to see. Alex decided that the props would be a phone, bed, and sandwich. As for a character, he decided to use a drawing of a fat Spider-Man that he had done as a joke for his then girlfriend, Lindsay Small. Lindsay was is self-described “comics nerd” and at the time, worked at a comic book shop. They’d pass a sketchbook back and forth making drawings to amuse one another.  “Piderman” was born from this.

Soon after, the first “Baman Piderman” short was on youtube and quickly became a viral sensation as millions of people watched it and said, “WTF Did I Just Watch!?” (***hey!***). Alex was soon approached by Mondomedia and asked him to make another one which they’d put on their youtube channel. Alex showed it his cartoons to Lindsay who thought that they were the worst things that she’d ever seen. He had kind of agreed, as an admittedly terrible writer, he asked her to write the third episode. She reluctantly agreed and has been doing so ever since (the newest episode, “Weirdy Feeling” was just released on September 5th, 2012, I believe it’s episode 16? Feel free to correct me).

I had first watched this when a friend pointed me to a blog called “Drawn” which showcases art and animation from a wide variety of artists and styles. As a huge fan of just about any humor that is explicitly dumb but subtly brilliant, as well as surrealism, I was instantly hooked to this video. I watched it multiple times and giggled my head off.
Then, figuring like many shorts of this nature, I forgot about it for a while.

A few months to half a year or so later, I was a stormy night out and I was relaxing and just milling around the internet when suddenly, I had an excited moment, decided I needed a laugh and looked up “Baman Piderman”, only to find that there was not just one, but a few to choose from.

My head had a minor explosion.

There was a series! The short now had become a series, how? Why? What? So I watched. What I found kind of amazed me. Because here I thought it was just this goofy little, poorly drawn…”thing”, but I was wrong, they had turned it into an impressively animated, subversively smart, well-timed, goofy little, poorly drawn thing.
I mean, yes at it’s core, according to Alex himself,

“Baman and Piderman are lazy, fat, elastic, blob-children that care only about friendship.”

However, what you have to realize while watching this is, if look beyond the surface, the actual animation is rather impressive, not the drawings, but the animation. The technicality of it. Just, look at the way the “blob” of Baman moves. That is impressive. Also, the timing of the jokes. If you know anything about comedy, you know that timing and delivery is EVERYTHING, and here, it’s what makes the series tick. The other, honestly most impressive thing, is it’s continuity. Yes, this series has extreme continuity. As Lindsay has said in an interview with “Wired”;

“As soon as I started working on the show I outlined the key events of the season and a list of internal rules to their world, including the Pumkin storyline and Tuba being a girl. The payoff of a gag is so much more rewarding to the viewer if you’ve hinted at it all along. Pumkin rotting over the course of several episodes was especially funny, because no one really noticed at first, but a few episodes in we’re really concerned for the little guy. I think that’s really cool for fans, to feel like you’re watching something unfold. The main rule I set for Baman Piderman is that everything is canon. Nothing enrages me more in comics and movies when everything is undone because the episode ended, or ret-conning. In Baman Piderman, once something has happened it effects the show forever. We keep a running list of destruction to make sure it all stays broken.”

It’s honestly, simply impressive that such a silly little animated web-series could contain such technical brilliance.

You just can’t understand the love & friendship shared between a Pider and a Pumkin.
Fan art by Matuska

But, perhaps I’m gushing too much. Most people just watch it and say, “What the hell are you showing me now, Mannix?”, as I fumble to try and get them to understand and look past the external ludicrousness of it. Any real geek has had those moments where you feel you just MUST share something and you get frustrated and yell out, “NO!! LISTEN!!! YOU DON’T UNDERSTAND!!!”.So, that being said, hopefully the article here has saved me that indignity. At least in reference to this.

Ultimately, the best reason to watch this web-cartoon? It’s cute, it’s silly, it’s fun, and it’ll make you wish that you had friends like this.
Without further ado, here’s a video marathon of “Baman Piderman”. Enjoy. 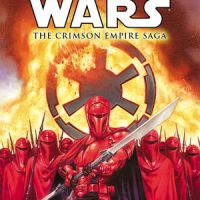