I love Brandon Sanderson’s work.
The Mistborn series remains one of my favorite fantasy series ever.  The man has a fantastic imagination, extraordinary attention to detail, and a great ability to get those things on paper in a truly entertaining way.  In all the books of his I’ve read, it’s his magic systems that stand out.  He goes to great lengths to explain how and why the magic in his universes work, to the point they are almost as much science as they are magic.  Everything is explained, and it all makes sense in the context of the world.

I know Sanderson as a writer of Epic Fantasy novels.  His books tell truly epic stories, some getting up into the 1000+ page territory.  Knowing that, I was surprised when I found out that his next release would be an 80 something page novella.  It seemed like such a huge departure from his earlier stuff, but I’m happy to say that the man doesn’t need 1000+ pages to tell a great story, as it turns out he doesn’t even need 100.

Legion tells the story of one Stephen Leeds, a man with the unique ability to have multiple personae.  These hallucinations, he refers to them as his aspects, are real in the sense that he can see them and have conversations with them, even though no one else can.  There are quite a few of them, and each has its own specialty.  It’s kind of a tough concept to grasp, but Sanderson does a great job of explaining it all in such a few number of pages.  It’s a very quick read, but it left me very much wanting more.  I would definitely call this project a success.

Last night, I was inspired to write, something just came to me and I just went with it, start to finish, stream of consciousness. It’s not the most original tale, but I’m pretty proud of it. Tell me what you think! -Chris

Once upon a time, there was a young peasant boy named Apple. He never liked that name, so he preferred people to call him “Jeff”. Jeff was just a regular boy, under normal circumstances nary worthy of mention. He wasn’t particularly smart and for a stone-cutter’s son, he wasn’t very strong. He always felt that if given the chance, he could be courageous, but being a poor boy working a thankless job for his weary father, he had accepted that the chance to prove so would never come.

One day, while stopping at a stream for water on a trading trip to a neighboring town with his father, something caught his eye. It was the most beautiful stone he’d ever laid his eye on. Perfectly smooth and round, with a faint pearly glimmer unlike any he’d ever seen. Afraid his father would take it for which to make into jewelry, he quickly hid it in his tunic and hurried back to their cart to hide it until he got home later that evening.

For the next week or so, Jeff would examine and caress his wonderful treasure. He hid it in the barn next to the horse’s stable. Late one night, when he heard his father coming up to the barn. He hurried to get his stone back into it’s safe hiding place. In his rush, he knocked over one of the shovels and down it came, grazing right across the stone scoring an ugly line across the top. Seconds that seemed like hours passed in the horror of the one precious thing he felt he may ever own, ruined. When seemingly out of nowhere a sound that rose into a hellish, screeching cacophony filled the space around him. His father burst in the door, frantic, frightened and saw Jeff kneeling, teary eyed, holding the stone.
“What the devil was that!?” roared his father, fear fading, replaced by anger. “I…I don’t know…” cried Jeff. “I cut my stone…and the sound…”. Jeff’s father raced over, fear once again alive in his every move, his eyes fixed on the beautiful rock in his son’s lap, which, in the seconds between moments had begun to glimmer more strongly than Jeff had yet seen it. The line where the shovel had scored the stone seemed to begin shining. “Noooo…no no NO!!! Where did you get that!? Get up…GET UP!!! WE HAVE TO GET IT OUT OF HERE NOW!!!”

Jeff’s father grabbed him and pulled him up with such force, his feet momentarily left the ground and he could barely get them back under him as his father dragged him, racing out of the barn and into the woods faster than Jeff, in his 10 years had ever seen him move.
Breathlessly, Jeff yelled out, “Father! What is it! You’re scaring me! What’s wrong!?” “Don’t talk, just run, we’ve got to get it away from the town, we’ve got to get rid of it as fast as poss…..”
Out of nowhere, they were stopped as their path was blocked by a large black dragon which appeared, seemingly out of nowhere.
It reared up, slowly, then faster than they could blink, pinned both men down with it’s steely arms. “You’ve taken my child. You’ve harmed my child. Return it now and I shall leave you alive, but not without retribution.” spoke the beast.
“Please!” yelled Jeff’s father, “The boy took the egg, he knew not what it was, please don’t harm us! If you must, harm me, but leave the innocent child!”
The dragon seemed to think for a minute, it lowered it’s head to Jeff’s father and said, “The ignorance of men is of no concern to me. In your ignorance, you’ve revealed the thief, and he shall pay.”
The dragon lifted it’s arm off Jeff’s father and with a crystalline claw that flashed like lightning in the moonlight at the speed of it’s strike, it sliced Jeff from cheek to chest, leaving a magnificent wound that smoked as it seem to cauterise itself….and young

His father, unable to bear seeing, hearing his son wounded so, blindly charged the beast.
The dragon reared back, but not up, like a giant black snake, ready to strike.
Seeing his father about to be struck down, Jeff knew so quickly, he felt his body reacting before his mind fully realized what it was doing, jumped up and threw the egg stone, striking and embedding it straight into the dragon’s eye.
The dragon roared as it raised onto it’s hind legs and threw it’s wings open, the sight of which stopped both father and son in their tracks, in which the knew not was awe or fear.
The beast dropped back down with a ground shaking thud and looked at both of them, a glowing furnace building in it’s mouth.
Quickly as he could, and with aim to match the greatest archers of the realm, Jeff grabbed another rock and threw it with a strength that shocked him. It struck the same spot. The egg shattered, screaming, exploding….

The dragon shuddered and dropped. It’s head seemed to have lost the top quarter.
Father and son each, breath held, slowly looked away from the beast, towards each other.
Jeff’s father let a nervous, proud smile lift his face. Jeff looked at his father, smiled back and said, “I knew it…I always knew I had courage in my heart.”

As he started to laugh, his father’s face again turned to horror. Before he could realize why, he realized he was suddenly…helplessly….engulfed in a fury of liquid flame. 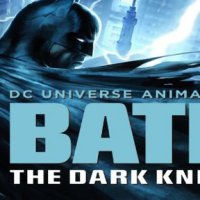