Oof….I just don’t even know where to begin.

So, I hesitated to share this on the site, which I’m trying to keep relatively “family friendly” in content, but I knew, once I started down the road of this particular post series, the lines would begin to blur very fast, and eventually, all weird, twisted, roads will lead you here.

Ladies and Gentlemen, you shouldn’t allow me to introduce you to, “Sloaches”. *facepalm*

During the time before youtube, there were few avenues to travel to find the truly weird and bizarre. Whether it be cult & indie films, shorts, or animation. Thankfully, however, I could always count on Spike & Mike to bring wonderous new cartoons to me with their animation festival.

Many, many great well-known cartoons and animators got their start on the Spike & Mike’s circuit (which would travel to art-house movie theaters across the country). Examples:

All these great things have come from that festival. But then again, for the more “deviant” minded crowd, there was the festival sub-section, the aptly titled “Sick & Twisted Animation Festival”.

This series of animations was special. Most of them were simply tasteless or crass, but some were downright disturbing. In 1998 we would find that none, NONE, were more so than “Sloaches”.

I will not describe it to you. I don’t even know that I could. It’s creator and “Clayboy” studio practically don’t exist online save for some trademark reports. I
n keeping with the relatively “safe haven” of this site, I will not directly link you to any of the uncensored or full-length “Sloaches” videos. As a matter of fact, I only found ONE short that was “okay” enough to allow me to feel comfortable posting it here.

So, I will first warn you, with the minor exception of this one here, THE “SLOACHES” VIDEOS ARE NOT SAFE FOR WORK AND SHOULD NOT BE VIEWED BY ANYONE UNDER THE AGE OF 18.  If you wish to search out the rest, my conscious is clear, I’ve warned you.
Without further ado, the “Sloaches Humanoids” eat pizza: 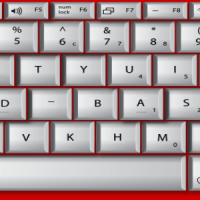