If you’re a nerd over 30, chances are you have a ton of stuff you just don’t have any use for anymore, but you don’t know how to get rid of it.  I was in that situation for a while.  I had over 2000 comics and I didn’t know what to do with them.   I thought about selling them on Craigslist or EBay, but there is lot of time and effort that goes into that for very little reward.  If I sell it to a store it will be quick, but they will only give me a nickel per issue.  In the end I figured I’d donate the comics and use it as a tax deduction.  While I got nothing up front at the time, I made the donation, it definitely just helped with my tax refund.  It was also fairly quick and painless.  Read on to see my experience in donating comics.

Donating your books probably won’t get you as much as it would if you took the time to sell them individually, but the actual hassle of keeping and selling the comics is a giant pain in the butt.  How long will it take to get rid of random issues of Power Pack, from the 80’s?  If you are selling hot issues of comics then they will probably go quicker, but for issues of things no one cares about anymore, it will probably take years.

Selling them yourself will definitely get you well more than a nickel a book, so it beats selling it to a comic store.  A comic book store is going to take the chance of your random crap not selling.  They usually have back rooms filled with yesteryear’s crap that no one wants anymore, but one day that forgotten gem might become hot again, like Guardians of The Galaxy.   If a new movie comes out that features the characters from an old dead series, then the store can make a good profit from something they paid you a nickel for.  But for the store its a waiting game, while you want to get rid of your junk now.

When you donate your comics there is one downside. You won’t have anything to show for it, for quite a while depending on when you donated your comics.  Personally I donated my comics in March of 2013, and just got my tax refund in February of 2014.  Perhaps if you donate in December you won’t have as long of a wait, but there is still a wait no matter what.  Your comics won’t net you as much as if you tried to sell them individually, but they will definitely get you more than a nickel a book from a comic store.

The other tricky part about donating your comics is finding a place to do it.  If you don’t have a lot of comics, you might want to try your local library.  If you have 10 boxes, chances are it might be a bit too much for your local library to handle.  You can try the Salvation Army or Goodwill, which isn’t a bad option, but you will probably have to sit there while they count out everything on the spot.  If you have a box or 2 this may not be a bad option.  I went a different route.  If you live in the Tri-state area there is a place in West Orange, NJ called the Barnabas Health.  They have a man named Spiro Ballas there that will take your comics and count them and give you your donation receipt later via email which will save you a bunch of time.  Barnabas Health holds a small convention 2 or 3 times a year called Superheroes for Hospice where they sell try to sell all of the comics that were donated to them.  The next date for their charity event is May 31st at the hospital.  At their events, they usually have panels, and creators there, so it isn’t just  a small vending show.

After you donate the comics, however you choose to donate them, you should wind up with a receipt that you can use for tax purposes.  The receipt won’t have an amount of what your comics were worth.  You only receive a receipt that will tell you what you donated.  My receipt says I donated 1800 comics, 200 soft trade paperbacks, and 30 hard covers.  It’s up to me to determine the value of what was donated.  A good rule of thumb is about $1 a book, but if you wanted to claim more that’s up to you.  Just don’t go crazy with it or you might get a call from the IRS.

Aside from the literal heavy lifting you have to do with your long boxes, donating your comics is really easy.  It’s also rewarding, both financially, and mentally.  Knowing that your comics will help out an organization and also go to someone who will appreciate them more is a really good feeling.

If you want to get in touch with Spiro Ballas, you can contact him at sballas@barnabashealth.org or 973-322-4866.

4 thoughts on “Donate your comics!” 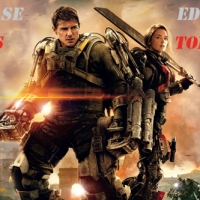