Yes, I’m well aware that Hawk the Slayer is NOT in fact, a Dungeons & Dragons movie. However, it IS more like actual D&D (at the time at least) than that weird movie we did get. A Wayans? Really?  Anyway, this isn’t about that movie where we all secretly hoped we’d get to see a topless Thora Birch riding a dragon. No. This is about something far, far….better?

Hawk the Slayer is one of those odd little films that managed to catch your eye while you were perusing the genre racks at your local video rental store (when they were still around). It had an epic-looking poster that looked more like the popular “Choose Your Own Adventure” style books. You were just drawn to it. I was drawn to it. But then, I was a young, impressionable lad at the time, and just learning the ways of the world. Thankfully, the heyday of Sword & Sandal films was just getting into swing and I had a legion of warriors with magic and sharpened steel to lead me. Hawk, however, was just the door man, a “gateway drug” type of movie….clean enough for kids, dirty enough to give them urges towards long hair, leather pants, and Manowar records.

Originally shown on TV in the UK, Hawk the Slayer was picked up for a limited theatrical distribution in 1980. At that time, yes, movies like this were shown theatrically, it was the end of the “good ol’ days” when just about anything could get a theatrical release. A short while later it would end up on VHS and into my grubby little mitts.
I was completely enamored. Here was everything I wanted to see: END_OF_DOCUMENT_TOKEN_TO_BE_REPLACED

In 1992 my parents had gone away for the weekend leaving me alone in the house. I had, by this point, been travelling to NYC on my own and staying out late, etc. So, out of boredom and not wanting to spend the night sitting there playing Sega Genesis, I called a friend of mine up who’d mentioned that she went to midnight screenings of the Rocky Horror Picture Show which I had recently been introduced to. At the time, it was not available on home video in the U.S.  I had seen clips on a late-night variety program called Night Flight. I managed to acquire a 5th or so generation VHS bootleg that had originated somewhere in Europe I was told via fellow convention goers that were my lifeline to the weird cult movies that would grow to be such a major part of my life. Still, I knew nothing about the experience of seeing it “live”. All that was about to change.

Soon, very soon, afterwards, I found myself a part of the shadowcast at Cinema 35 in Paramus, NJ. I made a LOT of great friends there. Some of which I still hold on to, very dearly, today. These people would end up being a family outside of the one I didn’t necessarily have at home.

Allow me to clarify. Put on your feels helmet, shit’s about to get deep. END_OF_DOCUMENT_TOKEN_TO_BE_REPLACED

Part of the CCG and board game room

Total Confusion is my favorite gaming con. It is pretty much a 4-day pure gaming convention made up of a good number of board games, RPGs, LARPs, card games, and table top model strategies. There is also a small vendor area, some panels, a video game room, a video showing area, and some performances. There is even a listing of old-school RPGs for geezers like me. I try to hit this con every year. This year’s con (27 years and going) ran from February 21-24, 2013 in Mansfield, MA; I attended on Saturday.

Some of the RPG tables

If you pre-reg you can usually get into the games you want. I never have the forethought to do this but one can still always find interesting things to try. Actually, one of my great enjoyments is END_OF_DOCUMENT_TOKEN_TO_BE_REPLACED 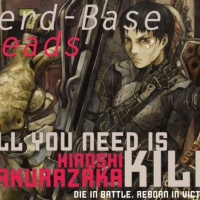 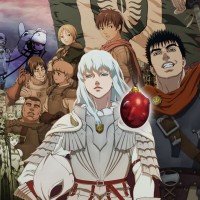