In Part 1 of the PC-Base series we covered some basic knowledge on computer parts.  In part 2 I will cover how best to research the parts we will be discussing, where to get the best deals, and how to get the best support when something goes wrong.  As the series continues I’ll be referring back to these sites when I refer to part information.

As discussed in Part 1, I helped a friend build a PC recently.  As I did, I went to most of my  normal research sites, but I missed one that kind of bit me in the bum.  Before buying anything it’s important to do as much research as you can.  It will help you keep your PC longer without having to replace it.

The first thing you need is a recommendation for parts.  Where do you begin?  Usually I start with Anandtech.  They cover pretty much everything, and will give you a good base to begin your research.  Anandtech or other similar sites will review and compare a specific part and compare it to other similar parts in what’s known as a benchmark.  Here is an example of some motherboard benchmarks from Anandtech.

This benchmark shows how fast these motherboards can write to a hard drive.  Usually on these sites they will explain what each benchmark means, and who won.  Based on this benchmark and several other tests I thought that ASRock Z77 Extreme 4 was a good motherboard.

What I should have done after that, was check Newegg.  Newegg is a cheap site to buy parts at, but more importantly it’s a site where many people post feedback about their experiences with the part they purchased.  Looking at the feedback for this part the reviews are mostly positive, but there were some negatives that would have made me wonder if it was the right part for the job. The failure rate and comparability of the board came into question a little too often for my liking.  We returned that board, and picked up something that didn’t have the best benchmarks, but did have good reliability.

Once you complete your research and you know which part you really want then finding the best place to buy is the next step.  If you can, I recommend buying most of your parts locally.   There are times when you buy a bad part that needs to be replaced, and it feels a lot better when you can do it the same day.  I order a lot of parts online as well when the deal is just too good.

Motherboards, CPU’s, and RAM I buy almost only locally because these parts are the most important, and the most likely to have an issue.  Chances of there being a problem are much smaller than there used to be (there were times in the 90’s that I’ve returned a bad motherboard multiple times before I got a good one), but there is still a chance.  You can limp through a computer install with a bad video card, but not with a bad motherboard.

Where I live in Northern NJ, my place of choice is Microcenter.  Microcenter also price matches with some online places.  You should check with your local retailer to see if they price match as well.  They have a decent return policy and will take back a bad part as long as you kept all the packaging.    Checking your return policy before buying is important if you aren’t familiar with the place.  Most places will give you at least 7 days, but it’s better to ask first.

When buying online there are 3 good sites to check.  We have already established Newegg as a good site for looking at resources, but they are a good site to buy from as well.  They have a decent return policy and cheap prices.  Tiger Direct and Amazon are also decent sites to check prices at.  I find that Newegg tends to have more sales, and offers on new items, but shop around.  You may find the part cheaper somewhere else, but buyer beware, and do some research on an unknown site before you give them your money.  As a side note, Tiger Direct also bought the names Comp USA and Circuit City after each business folded, so if you see advertising from either site, know that it comes from Tiger Direct.

After doing my research I was set on getting the OCZ ModXStream Pro 600W power supply for around $75.  It seemed like the best bet for me at the right price range.  Before I bought I looked checked one of my favorite bargain sites Slickdeals, and found a different power supply with similar specs on sale at Newegg.  After all the rebates and incentives I bought the similar power supply for about $25!

Slickdeals isn’t just for computer parts.  They run the gamut from high tech gizmos to low tech magazines.  Anything you can get a decent deal on they help with.  Another decent site to check is Tech Bargains.  Similar to Slickdeals, Tech Bargains will show you what’s on sale and where.   Both sites are community driven.  People will post deals on the sites respective forums, and the really good ones make it to the front page.  Sometimes coupon codes or other actions might be necessary to get the good deal, but it’s all worth it in the end.

One last thing to look into for a first timer is PC Kits.  Any good computer store worth its salt will be willing to sell you a PC kit.  Basically a PC kit, sometimes also referred to as a barebones kit, is just a group of parts all bundled together ready for assembly.  In some cases, some sites will assemble it for you already.  They will not include an operating system, but will usually include everything else.   Barebones kits will usually be cheaper than buying all of the parts individually from the same site.  They can be very good options, but they may not always have a specific part you want in them made.  Just be sure to do your research on every part that comes with the kit.  Here is an example of a PC kit from Tiger Direct.  It’s pretty cheap, and for most people it would work just fine.  It just requires assembly, and an OS, and it’s ready to go.

Now that you know how to do proper research, the next article will finally get into parts.  We will start looking at cases, which on the surface seem easy, but once you dig a bit deeper it can get a little complex depending on why you need a computer in the first place.

One thought on “PC-Base #2 – Researching Parts” 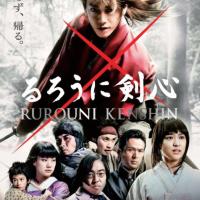