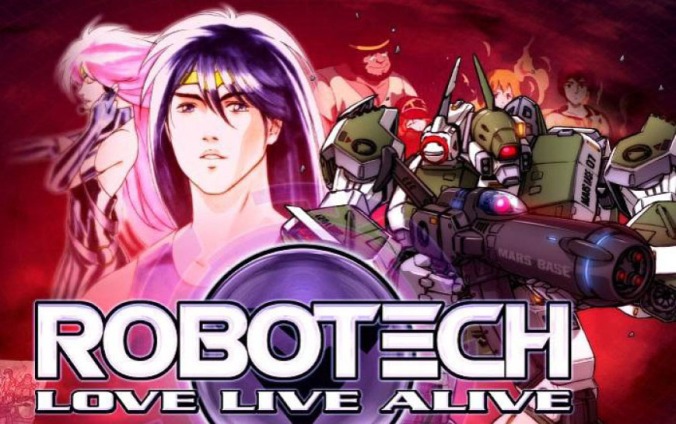 The Robotech Masters at Harmony Gold have released a new movie, Robotech Love Live Alive.  Going back to when I was a child, the only thing that came close to my love for Transformers, was Robotech.  There were probably times where I loved Robotech more.  I didn’t know exactly what this was going to be before I picked it up, but I was hoping that I would magically fold space and time back to my childhood.  I had been waiting for new Robotech ever since Shadow Chronicles back in 2006 so I was sold on whatever Robotech Live Love Alive turned out to be.  Unfortunately this release malfunctioned and I folded space straight into an asteroid. 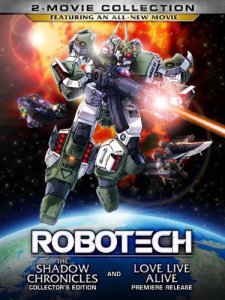 Robotech Love Live Alive takes the entire third Robotech War, New Generation, and cuts it down into one movie.  Love Live Alive also adds newly found footage from an unreleased Japanese project called Mesopeda: Love Live Live.  The footage was cleaned up and spliced in to help piece together the entire 24 episode series.  I’m kind of impressed by how well some of the new footage blended together with the old.  Unfortunately some of the new footage was animated on a cheap/lazy budget.   Several of the scenes used very minimal movement, and they looped them together repeatedly with a voice over.  I think 5 out of the 15 minutes of new animation is Lancer drying his hair with a towel.

Another disappointment is the lack of extra’s on the DVD.  There were pre-production sketches for the new characters, and a few trailers, but that’s literally it.  I feel like they should have added interviews or a making of featurette to help this title.  The sad part is that some of the footage I would have liked to see on this DVD was shown at the San Diego Comic Con last month.  Even the uncut original Japanese version of Mesopeda: Love Live Live would have been nice.

Instead of Robotech Love Live Alive, I would have rather have seen Robotech: Shadow Rising , the long promised follow-up to the Shadow Chronicles movie.  Supposedly Robotech Love Live Alive is meant to bridge the gap between the end of the original series, and Shadow Chronicles, but I really didn’t get that feeling from it.  Chronologically that makes sense, but the two movies have very different tones to them.  There are rumblings of Shadow Rising happening in 2015, but I won’t hold my breath for it.