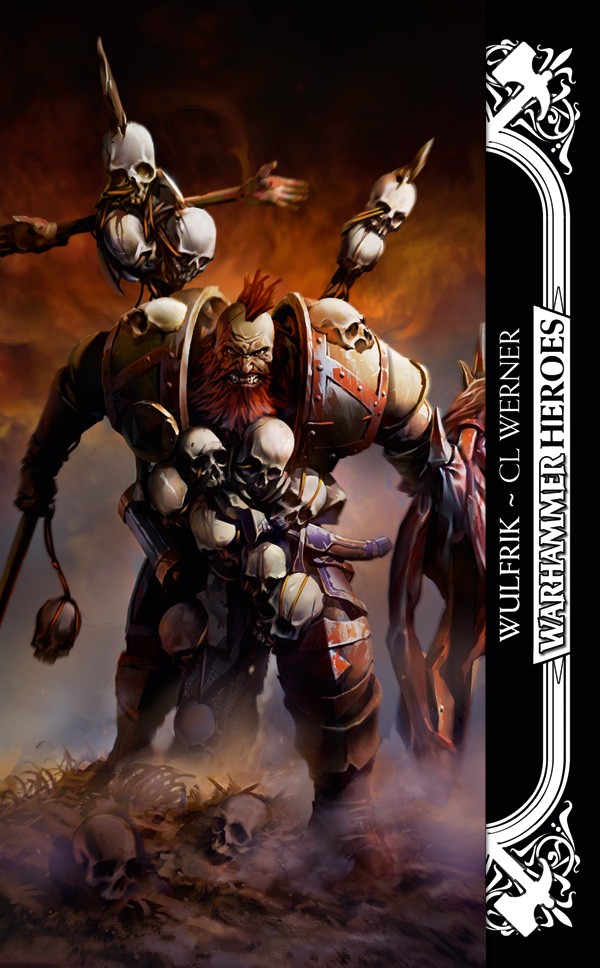 Wulfrik has kind of a big problem.  One night following a great battle Wulfrik got rather drunk and boasted that he was the greatest warrior in existence.  The Dark Gods of Chaos upon hearing his boast took umbrage at his hubris.  As punishment the Gods have cursed with Wulfrik with proving his prowess.  He will periodically receive visions of powerful enemies, and is compelled to find and slay them.  Wulfrik is assisted on these tasks by the crew of his ship, the “Seafang”, and his own Gift of Tongues.  The Gift of Tongues, a dark blessing by the Gods of Chaos, allows Wulrik to understand and speak any language.  He uses it frequently to goad and insult his opponents, making them easier to kill.

While I did find the book rather slow to build up it, ended up being very good overall.  One thing that was quite enjoyable was the fact that Wulfrik actually had dimensions to his character.  He’s a very angry and violent barbarian that goes around killing things.  Let’s be honest, it would be very easy for the author to focus solely on that and give us a book filled with non stop action.  Wulfik has feelings however, mainly for Freydis the love of his life.  He wants nothing more than to marry her and settle down, but the curse continuously sends him away on quests, making it impossible.  Along comes a shaman who claims he can break the curse in exchange for being granted ownership of Wulfrik’s magic ship.  The Chaos gods are not about to let their champion go however and what follows is some entertaining dark fantasy filled with action and intrigue.

The book makes a good introduction into the Warhammer universe.  It does a good job of explaining things and you don’t need too much background knowledge to enjoy it.  Well worth reading.