Two weeks ago I (as well as Nerd-Base member Chris) participated in the Greatest International Scavenger Hunt the World Has Ever Seen, also known as GISHWHES. Although I’ve been a fan of Misha Collins for some time now, this was my first year participating in this worldwide record breaking scavenger hunt.

I was actually put in a group without my knowledge. Not to say I didn’t want to participate, but every year I seemed to have made up excuses to get out of joining in the fun. Perhaps I was a bit nervous about breaking out of my shell and doing weird things in public? Last year I was on a road trip with Chris. We probably could have participated but it would likely be a lot harder to tackle most of the items. This year I’m unemployed and broke, but I’m glad I was pushed into doing it.

A couple of our friends that live in North Carolina started the group and invited us to join their team, Mischief Mismanaged. We were short four people, so the folks who help run GISHWHES placed another small team with our group – some lovely young ladies from Canada. Any time teams are combined, the team names are combined with the word ‘loves’. So, our official team name ended up being Mischief-MismanagedlovesWinging-it. 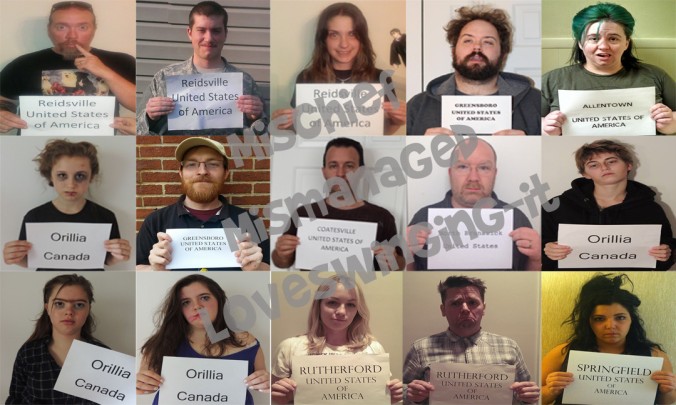 The list went up on Saturday, August 2nd. Which also happened to be the last day I was END_OF_DOCUMENT_TOKEN_TO_BE_REPLACED