Neither do I. Okay, it was a fever dream. That’s what I tell everyone at least.

Or was it? This evidence may convince you otherwise:

Again, another great bit of music inspired by video games and fantastic hair.

I’m honestly trying to hold back quite a bit from gushing too much being a big fan of both the Smiths and midi tracks. So instead, I’ll just leave this post as is and fall back into my imagination trying as hard as I can to insert a memory of playing a game in my youth on the NES where Mozz rides his bike around collecting bouquets of flowers, lamé shirts, and mousse for bonus points while he makes it to his gigs so he can raise money to pay the doctors at the hospital because his girlfriend’s in a coma, oh, and trying not to hit any rocks while riding because I don’t want to see him cry. (you just know it’d just be a side scroller).

Follow the Nerd-Base for nerdy news and reviews! No seriously, after finding this gem, I think I’ve earned a few more followers, hahaha 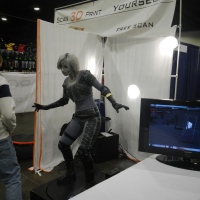