Last night I had the opportunity to attend an early screening of Pacific Rim which releases this Friday, July 12th. I will start by telling you that THIS MOVIE WAS AWESOME.

Leaving this spoiler free won’t be difficult and there’s a great reason why.

If you’ve seen the trailers, you get what the movie is about, Giant Monsters Vs Giant Robots (Kaiju Vs Jaegers in the movie lingo).  Now I’m sure we’ve all been burnt before by

seeing trailers for these big special effect laden blockbusters, only to be burned by its release when what was promised in the trailer was not delivered upon in the film.

Pacific Rim delivered on its trailer’s promise and gave us just what we wanted.

Most of this I attribute to Guillermo Del Toro. The man is a geek’s dream director, producer, and writer (he did all three in this film, not alone mind you). He’s one of us, a fanboy. He loves Kaiju, Robots, Comics, cult films, etc. Just listen to any one of his panels or interviews and this is blatantly obvious. He gets just as frustrated as we do when he sees franchises treated wrongly or with disrespect to their source material. Though granted, he is a film-maker and as such does need to take licenses where necessary for translation to film, but you won’t hear me complaining as I’ve enjoyed everything he’s lent his name to.

In Pacific Rim he’s given geeks just what we’ve been waiting for in a big-budget Hollywood genre movie. Big, hot mech-on-monster action. A lot of films have tried this before and just left us wanting. 1998’s Godzilla (it hurts me to even call it that) was a universally despised travesty. Michael Bay’s Transformers films could have been great if they didn’t feel it necessary to treat the audience like idiots and include all those INSANELY annoying “human” parts (seriously, I’m getting annoyed just thinking about them) and give us robots with idiotic personalities (oh hai Twins) or….and this was SO unnecessary, dick jokes <insert *facepalm*>. I mean, the best “man vs monster” film we’ve had in the past 20 years has been Starship Troopers (honestly, I do kinda love that movie).

As a matter of fact, that’s a great comparison. Starship Troopers was one of those “popcorn” flicks that gave you just what you expected from it. It didn’t try to be smarter than it needed, or dumbed down to pander to an audience deemed unworthy of intellectual science fiction (not saying that it was), though it was a smart enough film to leave just enough story ahead and behind to keep the franchise alive through several more films, a much-better-than-you’d-think animated series, and several books. Pacific Rim takes place several years after the first kaiju arrives on Earth. It gives us a quick montage of those years chronicling the rise and fall of the Jaeger program. Snippets of great battles and infodumps of greater battles are dropped throughout the film. There’s a seriously deep pool of back story to this film for future writers to dip into without even counting the Pacific Rim: Year Zero comic book prequel. Year Zero, written by Travis Beacham, co-screenwriter of the film along with Del Toro and wrote the movie’s original treatment, chronicles the time from the first Kaiju attack, through the installation and execution of the Jaeger program, so there’s that and the years in between in which to produce some fun content.

As for the film’s characters, the meat between the battles, it’s a pretty generic, though proven and enjoyable, stew.

The film utilizes these characters in comfortably brief, blunt interactions. Short and meaty. It tells you who they are, why they’re here and how they got to be that way which serves to keep the pacing of this big action/effects piece moving along nicely.

Ultimately, I recommend it. Don’t go in with any preconceived notions that you’re going to get any more than what is already laid out in front of you, just grab a jug of soda, a bucket of popcorn and enjoy! 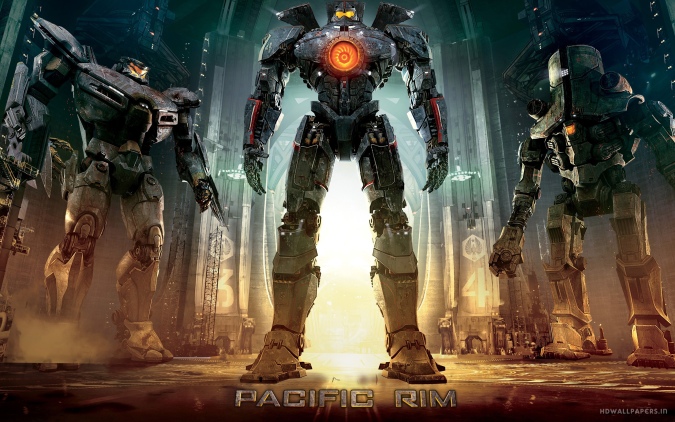 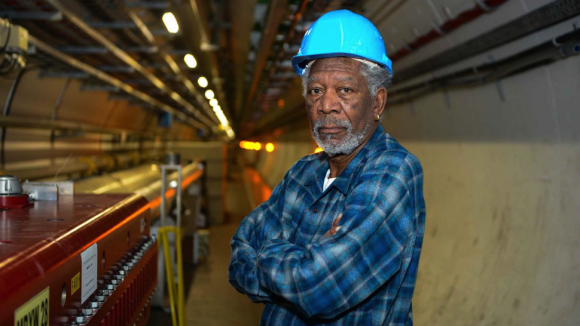 MORGAN FREEMAN IN A HARDHAT!!!
…no preconceived notions…