The time is upon us again.  The NY Asian Fim Festival kicks off Friday June 27th with over 60 movies this year.  There are a lot of great movies playing that I just won’t have time to see.  I’ve went through all the trailers and all of the information on the different movies they are showing, and I’ve picked a list of 5 movies that I really want to check out, and so should you.

This is movie looks a spiritual successor to the God of Gamblers series starring Chow Yun Fat.  If you haven’t seen God of Gamblers you need to.  Its pretty bonkers and awesome at the same time.  Hopefully this movie is just as off the wall and amazing.  Based on the trailer, I’d say it is.

“A semi-sequel to God of Gamblers (1989), one of the most iconic Hong Kong movies of all time, this flick is a showcase for Chow Yun-fat, the Godzilla of Hong Kong movies: a massive megastar who towers over the landscape. A charmer who oozes so much debonair that he makes Don Draper look drab, Chow is firing on all cylinders in this no-holds-barred gambling movie, directed by Wong Jing, who will do absolutely anything to entertain an audience. Nic Tse (As the Light Goes Out) and Chapman To (3D Naked Ambition, Aberdeen) are members of a family of con artists who get sucked into a plan by gambling legend Ken (Chow Yun-fat), a man whose magic touch with cards lets him “read” them with his fingertips. Ken’s plan is to fleece a criminal of millions, and in the process there will be action! Romance! Card duels! Singing! Dancing! One of the biggest hits of the year in Hong Kong, it became a word-of-mouth blockbuster in China, and it’s easy to see why. If more American movies were this eager to entertain, or this able to pull off pure entertainment, we’d all be having a lot more fun at the movies.”

In 2010, Confessions was one of my favorite films of the year.  It’s one of those movies that I still think back on and want to watch again and again.  Confessions and The Snow Whtie Murder Case were both novels written by Kanae Minato.  I’m hoping that lightning will strike twice and The Snow White Murder Case will be a movie I talk about for years to come.

“Powered by a complicated Chinese puzzle box of a murder plot, The Snow White Murder Case is helmed by the director of Fish Story and Golden Slumbers, both NYAFF/Japan Cuts favorites, and it’s one of the best brain-teasers of the year. Based on a novel by best-selling author Kanae Minato (who wrote Confessions), the film dissects the odd goings-on behind the grim discovery of a burned-to-a-crisp corpse found in a national park near Tokyo. The victim is a young officer worker, Noriko Miki (played by ice-queen TV actress Nanao), whose stunning beauty was the object of much jealousy at the cosmetics company where she worked. The finger-pointing begins and suspicion soon turns to her plain-Jane co-worker Miki Shirono (Mao Inoue), who conveniently vanished after the murder, and is said to have harbored deep-seated feelings of envy toward her former trainee. As food blogger and part-time TV news journalist Akahoshi Yuji (Ayano Go) takes his private investigation to the rabid world of social media, the so-called Snow White Murder Case turns into an out-of-control witch hunt with a full-blown Twitter storm at its center. Brain-bending twists and turns take the viewer and the film toward the unknown and unsuspected, while the camera gives a cold and hard, but not humorless, look at the damage wrought by the pettiness of a passive-aggressive, totally connected society.”

This movie looks like an interesting thriller.  A terrorist making his demands through a radio show and actually blows stuff up?  Yes please.  I’m also getting a bit of a Death Note vibe from that trailer so I definitey have to check it out if I get a chance.

“After rocketing to fame as an off-handed serial killer in The Chaser, a cab driver pushed to extremes in The Yellow Sea, and one of Korea’s coolest gangsters inNameless Gangster, Ha Jung-woo finally gets the one-man movie he deserves. A disgraced TV news anchor demoted to drivetime radio call-in shows, Ha is a callow opportunist in career purgatory when a man phones in, blows up a bridge, and claims to have other bombs hidden around Seoul. Unfolding in real time, set mostly in the claustrophobic radio studio, the film is a showcase for Ha, who manipulates, bullies, cajoles, cowers, lies, and unleashes righteous anger as he goes up against an unseen terrorist, trying to save lives while also trying to resurrect his career. A master class in wringing out maximum suspense from one man and a microphone.”

Uzumasa Limelight is about one of those things that we tend not to think much about.  The lives of  the people that make the movies that we love.  I mean now a days that seems to be the norm in our social media, but back in the day, we barely knew the names of the people that made this amazing sword fighting movies, and the skill that went into making them.  This looks like a fun little film I need to see.

“A moving, nostalgic portrait of the men behind the golden age of chanbara (sword-fighting dramas and films), Uzumasa Limelight—whose title refers to a Charlie Chaplin film about the twilight days of a stage actor—goes behind the scenes of Japan’s most distinctive film genre. Its protagonist is a professional extra named Kamiyama, who has devoted 50 years of his life as a kirareyaku in sword-fighting movies produced at Kyoto’s Uzumasa Studios. His specialty? He lives to die. Or more exactly “to be cut” and die a beautiful, spectacular death on the silver screen. Kamiyama, played by real-life kirareyaku Seizo Fukumoto, whose imposing physical presence dominates the film from start to finish, has become a master of the art, with his own signature style of falling down dead. Now an elderly man, he lives in very modest circumstances, but has earned immense respect from his more prominent peers, some of them movie stars. When the studio decides to discontinue its chanbara productions, Kamiyama finds himself at a loss: what will he do for the rest of his life? How can he use his specialized skills? Hope arrives in the form a young girl named Satsuki (Chihiro Yamamoto), who soon becomes Kamiyama’s disciple. Will the art of dying by the sword live on?”

If you watch that trailer and need me to explain why I have that movie on this list, I got nothing for you.  This movies looks like the reason the NY Asian Film Festival exists.

“A back-to-bloody-basics film that pay tribute to old-school yakuza cinema and low-budget amateur filmmaking, Why Don’t You Play in Hell? is based on a screenplay bad-boy director Sion Sono (a NYAFF/Japan Cuts guest in 2009) wrote 17 years ago. Devoting most of their time and frantic energy to guerrilla filmmaking antics, it seems like it might be time for the “Fuck Bombers” to move on. A group of jobless film geeks, they’re trying to turn Sasaki (Tak Sakaguchi), a young brawler, into their “new Bruce Lee,” but the Bombers are nowhere near getting their action masterpiece made. New blood and inspiration come their way when an ambush set by a yakuza clan comes to a gory end in the home of boss Muto (Jun Kunimura), and is witnessed by Mitsuko, Muto’s 10-year-old daughter and star of a toothpaste commercial. Ten years later, she’s become a sultry, mean mess of a girl (played by 2014 Screen International Rising Star Award recipient, Fumi Nikaido). Determined to make his little girl a star, her father, fresh out of jail, crosses path with the gang of wannabe filmmakers, and gives the losers a once-in-a-lifetime chance to shoot their movie. To make this happen, the yakuza becomes the film production crew and the Fuck Bombers join the “real” action. Needless to say, things are about to get messy. In what Sono himself called “an action film about the love of 35mm,” you’ll definitely feel the love. And the blood.”

So there you have it.  My top 5 movies to check out at the festival.   It was really really hard to narrow it down to just 5.  There are a lot of other movies at the NYAFF this year that aren’t on the list but look really interesting.  You should visit the NY Asian Film Festival website and check out all of the movies for yourself and see if there is anything else you might like. 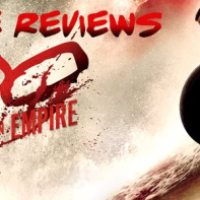