A few years ago, when Nerd-Base was just starting out, one of my first big pieces was an interview with the guys from Rooster Teeth.

I had (to my surprise at the time) scored a press pass to NYCC, and as happens, started receiving all the emails from people wanting to get some easy press for their wares.

I set up meetings with a LOT of people/companies for the weekend. Being very green to the experience, I just kind of filled my plate. I didn’t expect to get anyone “big”, I figured I’d just meet with a lot of folks and do with what I could. So imagine my surprise when I opened an email from a fella who turned out to be Rooster Teeth’s PR rep. We set a day, a time, and I got excited.

As the time approached, I brushed up on my RvB knowledge. I had watched it a lot in the early days, but never kept up. I didn’t know how much would or could come out of it. My mind was blown open at how wrong I was. The Recollection story line starting in Season 6 changed everything. Monty Oum’s entrance as designer and animator in the middle of that, during Season 7, Recreation, not only made the series look better than ever, but also made it more exciting than ever before. So imagine how stoked I was to learn that not only would I be talking with the core of the Rooster Teeth crew, but I would be having a sit-down with Monty himself! I mean, this was the guy that made Haloid!!

During the interview, Monty seemed a bit taken aback by me fan-boying over him. This guy had some SERIOUS talent and I was in awe. He was really great, especially when I told him that I was still shocked that they even wanted to talk with me, and he decided to give me a little something special. He told me all about his new project, RT’s first original animation, RWBY. I was sworn to secrecy and bought out with some neat swag (which included, the then as-yet-unreleased final episodes of Season 10, of which I was also sworn not to reveal until its airing). All in all, it was a great experience, and I had made sure to stop and check in with the guys every time I had the opportunity. 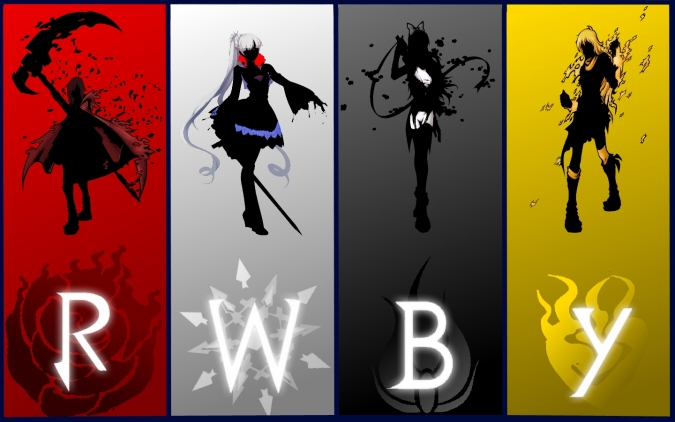 Each year it seemed that things were getting crazier as RT had begun some new ventures, and as the recognition of his talent grew, Monty gained a pretty serious, and well deserved, fan-base. Regardless, each time I bumped into him, he still seemed that laid back, cordial guy I first met. Still appreciative of his popularity.

Last week, Bernie Burns (co-founder of Rooster Teeth), posted a message to the RT blog that Monty had been hospitalized. No details other than it was serious and it wasn’t known if he would recover.
Today, Matt posted that Monty has passed away. He was only 33 years old.

Our friend, inspiration and co-worker Monty Oum passed away yesterday afternoon at 4:34 PM surrounded by people who loved him very much. Ten days ago Monty suffered a severe allergic reaction during a simple medical procedure that left him in a coma. Although he fought bravely, his body was not able to recover. During his time in the hospital he was well cared for and never in pain at any time.

Monty is survived by his wife Sheena, his father Mony, his brothers Woody, Sey, Chivy and Neat, and his sisters Thea and Theary, as well as a countless number of fans and friends. We were so proud to be a part of his life and we will miss him greatly.

Your generosity during the hours after the public statement on Friday will help his family deal with the costs of his care and his passing. You made an incredible difference during a difficult time and we cannot thank you enough.

The guys presented a fantastic way to honor Monty’s memory. Something anyone can do. Something that I think, in what I got from him in the handful of times we met, that he would really appreciate:

As for honoring Monty, we will do that in our own way. In lieu of flowers or gifts, we ask that you simply do something creative. Use your imagination to make the world a better place in any way that you can. If you know Monty like we do, then you know he would certainly be doing that if he were able to.

I’m not gonna lie, I can only hope that I’ll be honored in the same way. Heartfelt and wonderful.
Thanks for the awesome, Monty. Sorry you had to go so soon.